As promised, some time ago, my growing ginger experiment update.

On January 17, 2012, I purchased a piece of ginger with eyes (the lighter color bumps in the above photo) from the healthfood store and placed it in a pot to root.

It not only rooted but grew, made me a happy person.

Wondering if the ginger rhizome grew? Tempted to dig and see, but am afraid to disturb it. Also must decide whether I want to keep it through the winter as a houseplant to see if it survives. Decisions, decisions, decisions.

This is what it looked like on October 27, 2012
Should have brought it indoor early September while the leaves were still all green

Since the leaves started to die, decided to leave it outdoor until first frost, then brought it into the garage where it remained until yesterday. 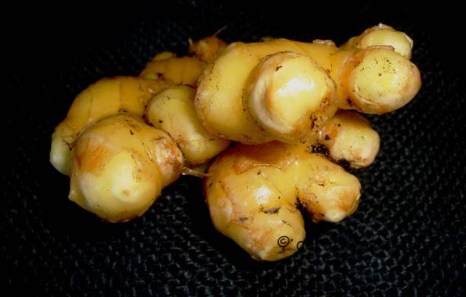 This is what I harvested yesterday, 1/6/13, weighed slightly under 4 ounces
(the original starting piece, it broke off, weighed under 1 ounce)

The plant was growing in an 8-inch diameter container, the ginger rhizome probably would have grown bigger if the container was larger.

Am going to replant a small section to see if it will grow (may not, as the rhizome does not appear fully mature), will see. Using the remainder for cooking.

Conclusion to this year long experiment is: Yes, even with our short growing season,  ginger, a very slow growing tropical plant, can be grown successfully in the Hudson Valley both in the garden and in a container.

I will start rooting the ginger rhizomes for growing in the garden mid-February/early- March for transplanting early June when the soil is warm.

Must remember to bring the one in the container indoor early September to see if it will continue to grow through the winter. 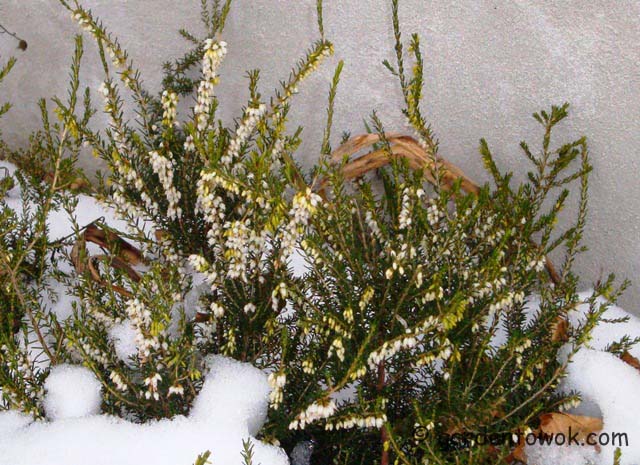 Despite the frigid weather, my heath is blooming through the snow
(wish I had removed the brown leaves and twigs before taking the photo)